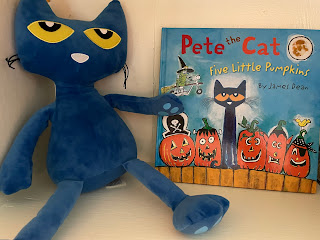 Pete the Cat came to all of the Kindergarten classes and shared his book, Pete the Cat; Five Little Pumpkins.  All the students have been learning the finger play and shared it with Pete.  They can even share it with you!  Ask them about it.
Third and Fourth Grade 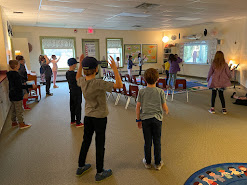 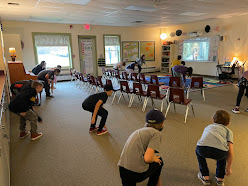 Students in grades 3 & 4 have been learning about the concepts of patterns, tempo and dynamics.  They put all of those concepts together with this movement piece today.  They had to repeat a head, should, knee and toe pattern to the song, In the Hall of the Mountain King, by Edvard Grieg.  They loved the challenge of having to increase the tempo of the pattern to match the beat of the song.  They also had an extra challenge of the pattern changing slightly each time they repeated it.
First and Second Grade 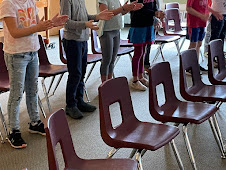 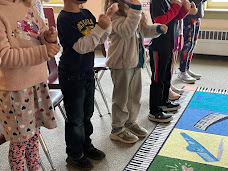 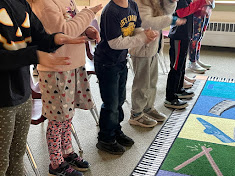 A hand jive was the dance of the day in music class this past week.  First and second graders all repeated a hand jive pattern to the song, In the Hall of the Mountain King, by Edvard Grieg.  They noticed that the tempo of the song gets faster.  They also noticed that the music begins quietly and, little by little, gets louder.

Posted by Sarah Bolio-Gallaspie at 1:49 PM 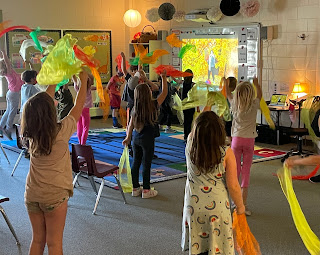 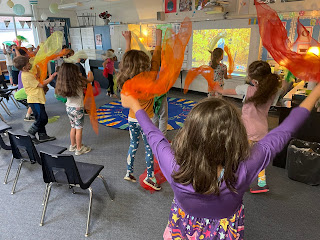 Students in first and second grade artfully moved their body and scarves to Vivaldi's, Four Seasons: Autumn. They were so excited to make two scarves float like leaves.  The music room was aglow with energy and autumn colors.  What a beautiful sight!

Posted by Sarah Bolio-Gallaspie at 2:39 PM

This week students have been working with music centers. The puzzle center was really popular! 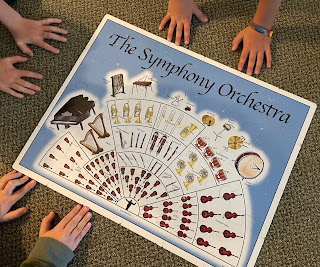 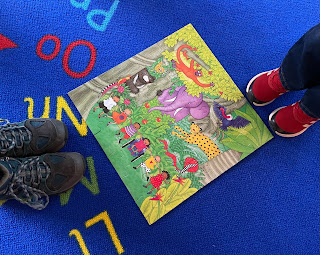 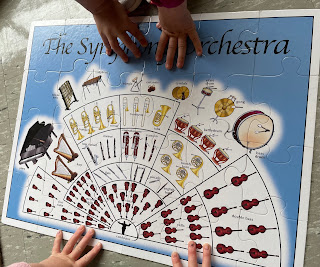 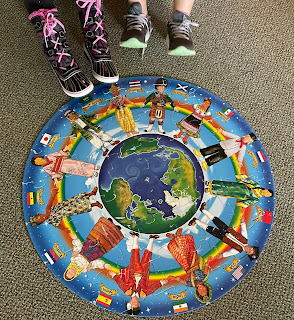 Posted by Sarah Bolio-Gallaspie at 1:22 PM

Greetings from the music room!  Students at JES & UCS have been working hard at practicing music skills and being creative! 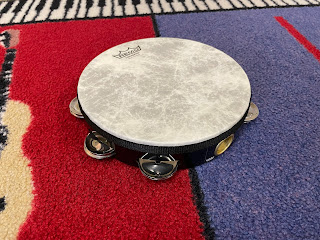 Kindergarten has been playing, Shake and Freeze!  This is a movement and listening activity.  When the Tambourine shakes, students shake a body part (like a hand for example).  When the tambourine stops they freeze like a statue.  Kindergarteners are so good at this!  This activity could be played at home.  Just find something that makes a sound and play the game.  It's a lot like freeze dance except only moving one or two body parts at a time. Ask your musical kindergartener to teach you. 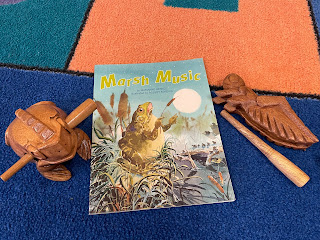 Marsh Music
First and second graders have read the story, Marsh Music, written by Marianne Berkes and illustrated by Robert Noreika. This book is about the choir of peepers outside making music at night.  Next week students are going to improvise with frog and grasshopper guiros to create their own night music! I can't wait to hear how magical their song will be. 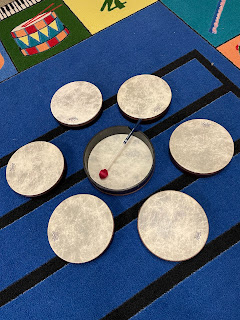 Third and fourth grade students have been working with the frame drums. They have been working on an AB piece called, Two is Company. This activity includes a poem and a drumming section.  The poem is about how many friends can walk, side by side, on the sidewalk safely.    Students got the opportunity to play the drumming pattern with many friends.  They rocked it out! Ask your third or fourth grader to teach you the poem.  They know it by heart.

Posted by Sarah Bolio-Gallaspie at 2:37 PM

Welcome back for 2021-2022 school year!
I'm so excited to announce that students are making music back in the music classroom.
Just in these few short weeks students have been making music together in many ways.  They have been keeping the beat, reviewing rhythm patterns,and performing on frame drums or egg shakers.
Stay tuned for more musical updates to come.
Musically yours,
Mrs. Bolio-Gallaspie 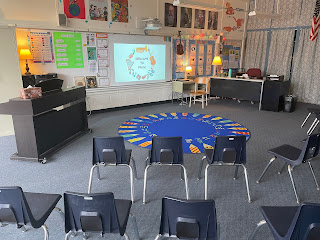 The Music Room is ready at UCS! 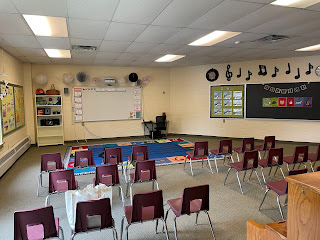 The Music Room at JES is ready!
Posted by Sarah Bolio-Gallaspie at 2:56 PM

Students at JES will receive an individual music kit this year.  This kit will include manipulatives to use during music class time.  As other manipulatives are needed they will be added to each student's kit. 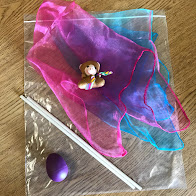 These are the expectations for the music kits:

Posted by Sarah Bolio-Gallaspie at 8:13 AM 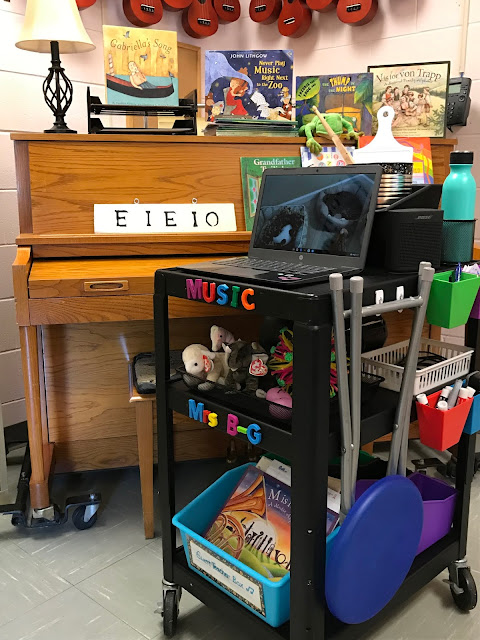 Welcome back to JES Music!  I am so excited to see all of your smiling faces again.  This year I will be visiting you in your classroom when it's time for music.  When I arrive I will be bringing my Music Mobile!  You can see it in the picture above.   I can't wait to make music with all of you!
Posted by Sarah Bolio-Gallaspie at 1:09 PM